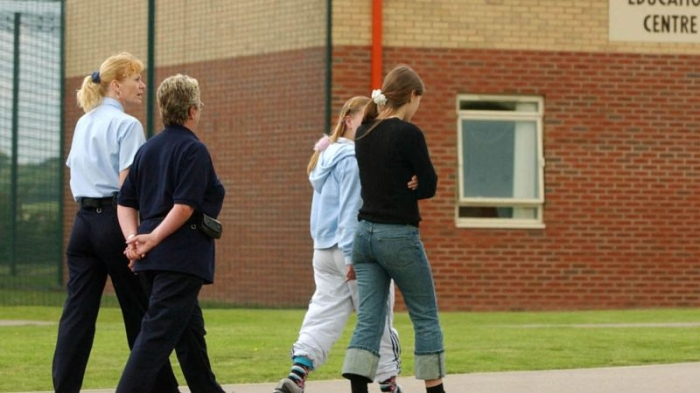 Maggie Mellon sums up the argument against the Scottish Prison Service’s proposal for substantial capital investment in a new women’s prison at HMP Inverclyde to replace HMP Cornton Vale. This is a version of a letter recently sent to the Justice Secretary by Edinburgh Women for Independence.

The Scottish Government should not endorse the plan to replace HMP Cornton Vale with a large new women’s prison in Inverclyde.

This plan will not halt the steady rise in the number of women in prison in Scotland. The Scottish Government’s own Commission on Women Offenders (Angiolini Commission) recommended that Cornton Vale be closed and replaced with a small specialist women’s prison for the relatively few women serving long sentences and/or who pose a risk to the public. Prison is neither necessary or appropriate for the majority of women currently in the prison population. When Cornton Vale was opened in 1975 it was heralded as the most modern and enlightened of establishments. It became notorious as an inappropriate and cruel holding place for some of the most anguished and damaged women in the country. Self harm, suicide, and high levels of prescription drugs are the hallmarks of a stay in Cornton Vale as prison is substituted for the practical help and therapeutic services that are needed. Women who had been self-medicating with drugs and alcohol, now separated from their children,locked up without purpose or occupation, forced to wait up to two hours after asking to use the toilet, in an inaccessible prison in central Scotland.

The new prison plan merely continues the failure in policy and provision that has caused the number of women in prison in Scotland to rise year on year for over 20 years. We now imprison proportionately twice as many women as Sweden, Denmark and Norway. Successive governments have committed to halting and reversing the rise in prison numbers, but have instead continued to pour money into increasing the number of places. Projected rises in the prison population are not naturally occurring or inevitable. They are due to a lack of planning and provision to meet the needs of vulnerable women, and of their children, who we know suffer equally from their mothers’ imprisonment.

Expert opinion is against the new prison, and Howard League Scotland, and charities such as Circle Scotland and Families Outside who work directly with women and families are opposed to the prison and calling on the Scottish Government to halt and think again. We know that the Scottish Government would have the support of these and many other organisations in planning a new course, following the recommendations of the Commission.

The Commission’s recommendations were for local small custodial facilities where these are necessary, and for an increase in the provision of local supported accommodation and therapeutic services such as Turning Point’s 218 Service in Glasgow. However successful services like 218, and the intensive outreach family work that charities such as Circle provide, need to be made available in every locality. Otherwise prison will continue to be an expensive incubator for social problems.

Turning around our failed prison policy is completely within the existing powers of the Scottish Government. There is an opportunity to make the necessary changes and not continue to invest in imprisonment as an alternative to doing the right thing.