Evidence to The Isle of Man Social Affairs Committee 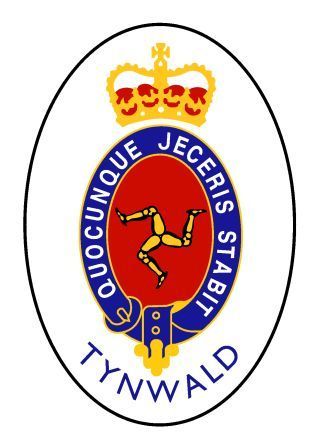 The Acting Chairman (Mr Speaker): Good afternoon everyone. Can I welcome everyone to this meeting of the Social Affairs Policy Review Committee. We are taking evidence in public this afternoon and can I ask as a matter of housekeeping if people would kindly switch off their mobile phones so this does not interfere with the recording equipment. My name is Steve Rodan. I am acting as Chair of the Committee in the absence of the Chair, Mrs Brenda Cannell MHK. My colleague on the Committee is Mr David Cretney, Member of the Legislative Council, and the Clerk to the Committee is Dr Jonathan King.

Q89. The Acting Chairman:   We are very pleased to be meeting this afternoon and to have the opportunity to take evidence from an expert witness, Ms Maggie Mellon. I would like to welcome you very much to the Committee and thank you for being prepared to give us your  comments and your evidence on an area that we have been investigating, which is concerning children’s social services in the Isle of Man, with particular reference to the over referral of families to the children’s social services system.

For the purpose of record, could I ask, Ms Mellon, for you to give us your name, title and current position please?

Ms Mellon: Okay. It is Maggie Mellon. I am the Vice Chair of the British Association of Social Workers and I chair their Policy, Ethics and Human Rights Committee.

Q90.The Acting Chairman: Thank you very much. You are very welcome. As a Committee we have produced a report into the question of over referral and we concluded in that report that on the basis of 2012 figures the number of children in the Isle of Man in need of protection was about the same as the English average on a per capita basis. In the case of the Isle of Man, 3.5 children per 1,000 in need of statutory protection as against 3.8 per 1,000 in England. However, the number of referrals, assessments and enquiries in the Isle of Man were proportionately higher. We identified that there were more referrals and more initial assessments being carried out and of those assessments, fewer were identifying a need of short of child protection, in terms of our Children and Young Persons Act – in other words, there were fewer children with an identified need as opposed to a child protection issue. Also there were more full-scale child abuse enquiries and, as I have just said, ultimately the number of children requiring protection following such inquiries was similar. We went on to conclude that since 2012 there had been an increase in the number of instances where an agency approaches Children and Family Services in a case where an assessment is not needed. We noted, for example, that between 2011 -12 and 2013 – 14 there was an increase of some 90% in referrals to children’s social services. This report was debated in Tynwald two weeks ago and the Department made the point – and this is something you may wish to comment upon – that the way the UK record their numbers is somewhat different in that whereas our figures are as one, the system for identifying children with a need and in need of child protection is the same system, whereas the UK has a well-established early help system which generates children in need separately. If those figures are added in, it is therefore said that they are far closer together and the Isle of Man compares more favourably.  Their early filter system for need, if added into our arguably cruder system of sweeping everyone through the same filter system, presents the Isle of Man in a somewhat more favourable light.

So, Ms Mellon, can I invite you to respond however you wish, in termsof commenting on the Isle of Man situation? It would be helpful to indicate if you share our assessment of the published figures for the Isle of Man and how they stack up as against England or the United Kingdom.

Ms Mellon: Right. Okay. I suppose I think probably the officials were right if they were saying that in England the figures of referrals are lower because they screen some out and they go down the child in need route; however, I suppose what I would invite you to ask yourselves is whether the English system is one that you think is your benchmark and that you just want to actually be at the same level as they are. There has been recently some analysis of data trends in England, which show that in England – and I think this is the case in Scotland, but in Scotland we collect figures differently – since 1991 there has been a massive increase in the number of children referred through the child protection systems. Just as you have found in the Isle of Man, the number of children who are identified as in need of protection has gone up, but not nearly as much. So you have got a 450% increase. It went up from 160,000 referrals in 1991 and it is up to 657,800 in 2013 – 14. So whereas they used to register on a ratio, 25% of children referred would be identified as in need of protection in 1991… no, sorry, 24% – and now it is only 7% of the referrals. So they have got very much what you have found, that a high number of referrals does not mean a high number of children needing protection.