No Problem? No Evidence. 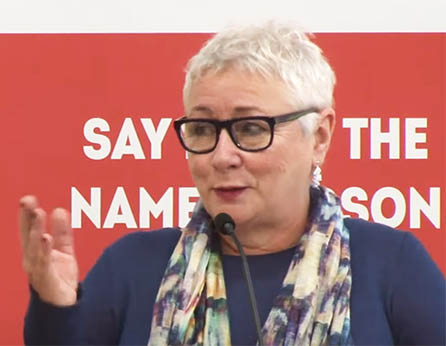 Claims by Scottish Women’s Aid, Rape Crisis Scotland, and Engender have been used to support the campaign for self ID of “gender”. I asked for their evidence.

On 16 May I sent  the following letter to Scottish Women’s Aid (SWA) and to Rape Crisis Scotland (RCS).  I also sent a copy to the Scottish Government asking them if they had asked for the evidence before using the claims of “no problem”.

I am writing on behalf of a number of women who are concerned about the consequences for women and children for their rights, privacy, health and safety of the  acceptance of claims that biological males can and should be accepted as women on the basis of self definition of their own “gender”.

Scottish Womens Aid supported  the Gender Recognition Act proposals in last year’s Scottish Government consultation and are often  quoted in support of self definition of “gender” and the presentation of the change from sex to gender as unproblematic). Scottish Women’s Aid have claimed that self ID of gender is already operational in your services and has not caused any problems. This has been used to deny the concerns raised by me and by other women.

We are writing to better understand the basis of the evidence that you draw on to suggest that there are no adverse impacts  of accepting males as women for the purposes of using, working in or in need of your services. For the avoidance of doubt my definition of women is adult human females. For example has Women’s Aid  carried out any formal consultations with members of staff and management committees?  Has there been any organisational or independently commissioned consultation or survey of current, former and also prospective service users in the adult human female population who rely or may rely need to rely on SWA services? Are you relying on any wider peer reviewed research or even independent evaluations to determine the views and experiences of current or possible service users and/or staff or volunteers?

Given the importance of this issue for women  it is vital that any changes are fully and independently examined before proceeding. For such major changes to the position of women I am sure you would agree that a robust evidence base is important for well informed and measured debate about this important proposed change. I look forward to hearing from you.

I sent the same letter to RCS and to Engender.  I sent a copy of the letter to the head of the Scottish Government Equality Unit with this covering letter, asking for it to be treated as an FOI request.

I enclose a copy of a letter I have sent to Scottish Women’s Aid, asking for the evidence they rely on in claiming that there are no adverse impacts of accepting self ID of gender for the purposes of providing or using services provided for women. The same request has also gone  to Rape Crisis Scotland.

As the Scottish Government provides significant funding to these organisations and also to LGBTY and TransAlliance Scotland who make similar claims of lack of negative impact in relation to all aspects of the policies for health, education, and children’s social services, I would be interested to know if you have ever asked these or any other organisations for the evidence on which they are relying in making these claims? Has the Scottish Government carried out a review of the existing literature or commissioned any independent research or carried out any consultation of actual or potential users of these or any other women specific services?

I received a reply from SWA directing me to  their submission to the government consultation on the GRA proposals. (https://womensaid.scot/working-for-change/policy-research/briefings-and-consultation-responses/). SWA also pointed to the Engender Scottish Women’s Sector response (https://www.engender.org.uk/content/publications/Scottish-Womens-Sector-response-to-the-consultation-on-proposed-changes-to the Gender-Recognition-Act.pdf) as did Rape Crisis Scotland.  I will discuss this later in the context of the No Problem claim.

The SWA submission  states “Women’s Aid’s gendered analysis of domestic abuse recognises gender as identity and separate to biologically assigned sex, and Women’s Aid services are women- only organisations open to self-identifying women. Existing practice reflects this, and Women’s Aid groups do not require sight of a birth certificate in order to grant access to services.”

“Our existing position is that we provide services based on a gendered analysis of domestic abuse, and services are open to self- identified women only, as well as children and young people.”

Scottish Women’s Aid  accepts biological men who declare themselves to be women for the purposes of providing or receiving a “women only” service.

Their submission goes on:

“To inform this consultation, we sought input from our network of services… A survey was distributed to all 36 Women’s Aid groups throughout Scotland which included specific question requested information about any problems that had arisen as a result of implementing trans-inclusion in their services.” 21 responses were received. They did not provide the survey but reported that  “Although most groups have limited experience in providing services to transgender women, children and young people, the overwhelming feedback confirmed that WA services want to be accessible and inclusive, and support a self-identification model.” And that

“Challenges identified were concerns regarding lacking experience in supporting transgender women, staff members’ limited knowledge and training on appropriate language and lack of confidence in ensuring non-discriminatory practices as well as considerations around whether refuge or outreach services would be most appropriate.”

SWA therefore acknowledged that they have little actual experience of providing “trans-inclusive services”.  Additionally, their member services were not asked if they or the women they work with believed claims that men can be women, or that self-ID  of gender is a safe basis for deciding who is a woman.

The submission did not answer any of the questions asked about research, surveys of impact,  or whether they  SWA had consulted  current or potential adult female service users

Rape Crisis Scotland responded that they had been providing services to men, including men who identify as women, for a number of years. They did not respond to the request for evidence to support their claim that there has been no negative impact of employing staff or engaging volunteers who are biologically male but identify as women.  The letter does however record that “we are very concerned about the current hostile and divisive climate and some of the misunderstanding about how support services are delivered in practice, which would make women feel their safety and choice isn’t valued…” and that they are “…considering how we best address this so that women who might self exclude because of fear or anxiety can be confident that support would meet their needs.”  “Of 5,072 survivors who accessed support in an RC centre last year, 212 were men, and 7 “identified as trans/non binary”.  The number of male, trans and non-binary staff or volunteers is not given. At least one local rape crisis centre is run by a transidentifying male.

So, Rape Crisis Scotland also has  very little experience of providing “transinclusive” services.  They do however record the gender identities given by service users. It is not clear how  they will in practice be able to offer assurances of a single sex service to women. One of their current managers is a male who identifies as a woman.

“Our consultation response is based on our long experience of engaging with equality law and policy, and in service delivery at national and local level. It is also based on our many years of collaboration and dialogue with Scottish Trans Alliance, and other LGBTI national organisations, and on internal dialogue within our organisations and their memberships.” They omit to declare that membership is not open to anyone who disagrees that men can be women, or who disagrees with their inclusion in their own work or in Engender’s work..

On the question of the safety of the proposal that men should be able to change their birth certificate on the basis of self declaration as women and vice versa:

“ As we are not aware that any women’s organisation or group currently in our networks requires sight of a birth certificate in order to grant access to services or membership, this will have no impact on our services or work. All access to membership and services is based on self-identification. This will continue.”

“All violence against women organisations that receive Scottish Government funding provide trans-inclusive services. The requirement for trans inclusion plans has been in place for six years, and has not given rise to any concerns or challenges of which we are currently aware.”

So there we have it. Firstly, Scottish  Women’s Aid and Rape Crisis Scotland have in practice got very little experience of providing their services to men who claim to be  women.  It is not clear from the evidence whether SWA have any experience of providing refuge. They do not say what their experience of service provision to biological men consists of.  Is it telephone based? Is it  mainly their training or outreach services? If they are training others in the inclusion of men who identify as women and vice versa, what is the evidence base for this, given that they have little or perhaps no experience and certainly no research or evaluation?

While SWA and RCS may not currently ask for birth certificates or Gender Recognition Certificates they do currently have the right to require  a GRC, and to refuse a service or employment to anyone without a GRC.  Therefore currently, if a man with a beard applied for service or for a job with them, they would be entitled to and would surely ask for a gender recognition certificate or a  birth certificate in order to protect the women using services designed for women who are overwhelmingly victims of male violence or abuse.

RCS and SWA are concerned for the rights and dignity of men who claim to be women.  But they  support legal changes that would force them and the women who use their services to accept men with fully intact male bodies as actual women for the purposes of women-only services.

The government-funded women’s organisations which are supporting the government’s proposals for the legal changes may genuinely believe that there will be no problem for women. However it is clear from the correspondence and from their own submissions to Parliament that they cannot provide the necessary evidence to support their beliefs. Therefore their testimony should not be used in the way that it has been to support the changes. These organisations’ support for the GRA proposals has been used quite wrongly to dismiss the legitimate concerns of self-funded women’s organisations .

These organisation and also LGBTY and Scottish Trans Alliance are almost totally funded by government. To date I have received no response from the Scottish Government on the question of whether they asked for evidence from SWA or Rape Crisis or Engender before using their claims to support the Government GRA proposals .