Debate with Jackie Brock of Children in Scotland 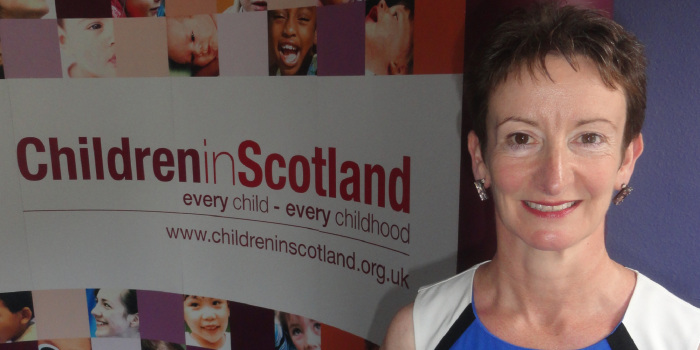 why we are in danger of creating a surveillance and not a support system for children and famiies?

Thanks to Jackie and Children in Scotland for organising the debate.
The idea came out from a workshop proposal that I made for the conference. My aim was to promote discussion about what I think are problems in the direction of travel of policy on children and families. I think that this is a very necessary discussion – and so I am very pleased to be offered the opportunity to debate the issues with Jackie.

An article by Brid Featherstone and Sue White captured for me what was wrong. ‘A marriage made in hell, when early intervention met child protection’ helped me understand my difficulty with Getting it Right for Every Child and particularly with the legislation, the CYP Act of 2014. I want to commend this article to you.

What’s not to like about the CYP Act? It was trailed as legislation that was going to make Scotland the best place to bring up children. it is based on Getting it right for every child, which we are told is all about prevention, all about acting before a wee problem becomes a big problem. That is prevention . I don’t think prevention is a bad intention – it is a good intention.

However the road to hell and to hellish marriages is paved with good intentions. And unfortunately we have been given an Act that does not legislate for prevention, and instead lowers thresholds for intervention in children and families lives and brings no extra support for families. Indeed there is not one single mention of families in the whole Act. Try a Google search for the term. Not one. There are also fewer references to parents than to foster parents or corporate parents. Contrary to claims about the Named Person being a service for parents and children. The Act specifically states that the named person will do ‘as they see fit’ in response to any wellbeing concern about a child. There is no provision NP to consult with either the parent or the child or for the family to define their own problem or solution. We have been assured that NPs are only going to be doing their jobs, just doing what they do anyway. So there will be no extra resources they say. I don’t believe that that is true, but resources are going into surveillance and monitoring systems.

And all this is taking place in the context of increasingly heavy handed practice within statutory children and family social work. Adversarial nature of Investigations and interventions in parents and children’s lives is something that should alarm us. We have seen a quadrupling of the number of investigations carried out. That is four times as many families are being disturbed and required to give access to their private lives. Thirty years ago I described child protection as in danger of becoming a modern version of the Spanish inquisition. Since then 400% increase in investigations. The assumption is that if you have nothing to hide you have nothing to fear and should therefore open the door of your family life. God help the parent who objects –especially if they cant afford a lawyer. Practices and beliefs that Brid Featherstone and colleagues call ‘muscular authoritarianism’ in their recent book Rethinking Child Protection.

The number of pre birth case conferences has risen sharply, as have child protection conferences on children under 2 or 3. 53%of the children registered are under 5 years old. Up 15% in the last stat year. The UK is one of the very few European community members whose law not only allows adoption without consent – but practices that on a much much wider way than any other country. Germany – about 300 adoptions of children from care – in England and Wales alone more than 3000

I am not against protecting children. But I think that there is a growing need to protect children from “Child Protection”

Today, we seem to have cast the family as a rather dodgy institution, and therefore have developed the idea of and parenting as something that needs regulation and education. These ideas have become widely accepted. Parenting classes, assessments and programmes are all now part of today’s pseudo-scientific practice with parents. Emphasis on the practice.

Any criticism of the focus on risk and on heavy handed intervention is met with the response that ‘most child abuse happens in the family home’ , and that what we know about the amount of child abuse is just ‘the tip of the iceberg’. So as we don’t know the extent of the danger and we don’t know which families might be dangerous, we need to be able monitor and assess every family.

A climate of fear and mistrust is corroding relationships between helping professionals and services, and children and families. The risk of not spotting the dangerous family, of being the professional who gets it wrong, of being pilloried, makes cowards of us all, and paradoxically also makes bullies of us in the way we manage our relationships with parents and children.

And into this risk obsessed system along has come a particular notion of early intervention – We are told that early intervention is by definition prevention, and that it is a good thing both for children and for the economy. By getting in early, the argument goes, we reduce harm and we also reduce future demands.
Started in USA, ‘No Child Left Behind’, in England ‘Every Child Matters’, and in Scotland ‘Getting it right for Every Child’. All of them share a common idea that the state can improve outcomes for children and save money by influencing and monitoring parenting. Tackling structural inequality is a job for government and not for parents, but with the CYP the government is trying to tell parents how to parent.

What we have got with CYP Act Is not prevention but net widening.

The CYP Act explicitly and intentionally lowers the threshold of concern from significant harm to any concern about wellbeing, and then calls for information sharing about these concerns with or without permission.

This means that all or any children can be drawn into the widened net of concerns, and investigations, and subject to what is called the ‘childs plan’ whether the parent or child want or agree with it. No need to ask. That is, its not a family plan from a family meeting – it is a service plan from services.

On the contrary information sharing about ‘any concerns about wellbeing about any child’ which is what the legislation calls for, is going to drown out and overwhelm the system. Also has to be remarked that computer based electronic records are a notorious risk in themselves. There is a huge cost not just financially but in terms of trust. It will identify and stigmatise vulnerable children and create life long records that label them according to risk .If you don’t believe this, just look at what we do with children who accept offence grounds for hearings. Now have a criminal record until they are 40 or for 20 years. Soft information is retained and disclosed also.

This at a time when poverty is risking, malnutrition, parents at breaking point – forced to take zero hour contracts, or to comply with welfare sanction.
What would real prevention look like? Not like the Children and Young People Act – because case work for every child in Scotland is not the answer but a failed response.