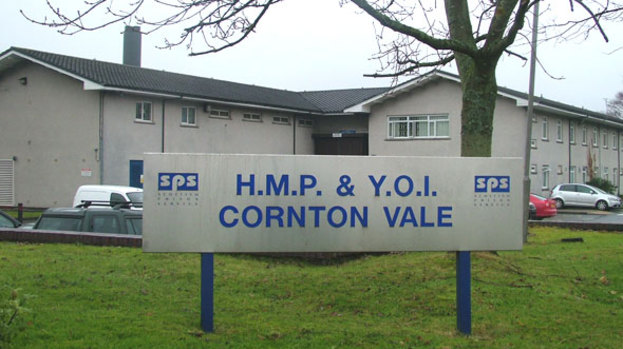 Maggie Mellon of the WFI National Committee and WFI #Justicewatch argues that WFI need to stand firm and that prisons are not the answer.

Many WFI women who have support our campaign for justice for women will have read of the newly released plans for prisons for women in Scotland. These are to replace the super-prison which we campaigned so successfully against last year.

Did they sound really nice? A cross between hospital and student halls of residence? All about therapy, about rehabilitation, about stopping offending?  Yes, well they said that about Cornton Vale when it was first built. They said it about the planned super prison.  But prisons are not the answer.

When the decision not to build the big prison at Inverclyde was announced, we were clear that the battle was not won.  Women are still being sent to prison unnecessarily. They will continue to be sent to prison until we win the fight to stop that.  We said at the time until we turn off the tap, every prison built will be filled and every prison will create more casualties.   It’s not prisons that are needed but effective help on the outside. While that help is difficult or even impossible to get sheriffs are going to carry on sending women to prison on remand and on sentence. Particularly when they are assured that it is going to be therapeutic.

The investment that was going to be made in the super-prison and is now going to be made in wee super prisons in every area should not be going into prison at all. In fact we need to take investment out of prosecution, courts, and prisons.  We are campaigning to take prison off the menu in the summary and lower courts.  We are campaigning to make diversion a reality for women at every level in our justice system. Diversion from arrest, diversion from prosecution. And diversion from prison.  At every opportunity.

And what will that take?  Investment in alternatives. In woman-friendly services, that look at the whole woman, her history, her needs, her circumstances, her needs, her children. That offer hope and justice and a new beginning.

But sadly, services like Tomorrow’s Women in Glasgow, and Willow in Edinburgh are not getting the extra investment, they are not being developed in every town, in every area. They have waiting lists. And they really work.  They really work. That is where government investment and effort should be going.  Instead they are drip fed money in one and three year drops. There are waiting lists for these services.  There  are no waiting lists for prison.  Lets put our effort into insisting that every woman outside who needs a Willow or a Tomorrows Women gets assistance before we build any more prisons.

Turning off the tap will take political effort, it will take public influence. That’s why Justice Watch is going to be so important.  That is why working with the women with lived experience of prison to support them in getting the message out that our justice system is broken is important. That’s why WFI needs to be political about this. Justice is a political issue.

I know that some WFI members and groups have been approached by the Prison Service to convince them of the wonderfulness of the new prisons, and also to ask them  to provide toiletries and other material help for women in prison.   We should tell the  government that if it has the money to put women in prison and for their children to be in care,  they should pay for decent toiletries and for proper support services, not make it a matter of charity. If you want to provide material support for a better way, lets  support local alternative services like Willow and Tomorrow’s Women. Not prisons.

And let’s get Justice Watch under way in March as planned.  We need to get the story out about the ridiculous and cruel treatment of women in our criminal justice system.

We are planning on launching in Edinburgh, Glasgow, Perth, and other areas. We are offering training sessions to any groups or individuals who want this. Lets not get distracted. Lets get Justice for Women.