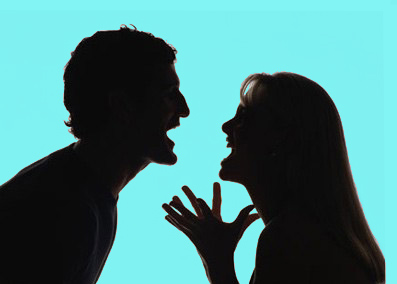 In this second part of her #JusticeWatch blog Maggie Mellon reflects on women accused of domestic abuse.

There were three women listed as having been in police custody over the weekend or part of it, and friendly court staff told us that hey would not be up till the afternoon. Before that there were all those listed to appear in one of the 8 court rooms devoted to sheriff summary proceedings.

We spent the morning sitting in the courts in which women were listed to appear. The most striking thing from this experience was that while the court rooms and surroundings are modern enough, in many respects the court processes seem not to have changed since the 19th century: the sheriffs in their wigs, the lawyers in their gowns. Dickens would have been quite at home satirising the pompous gravity of ‘justice’. One major difference is of course that there are now women sheriffs, prosecutors and defenders, but that is one equality of opportunity that I for one can’t really celebrate. Most of the accused seem to be guilty of severe poverty rather than any evil. Their clothes, their pallor, their crimes all speak of their poor circumstances, lack of choices, and of lives lived perpetually on the edge.

What struck us all when we met during a break was the enormous waste of time and money involved. At a time when the internet makes communication instant, the courts still run on paper systems. Files and files and files. The Procurator Fiscal, prosecuting, seems to have to present cases which they have often only set eyes on that morning. They have no idea if the case information has been disclosed to the defence, or whether warrants have been properly served on accused or on witnesses. Cases were adjourned when prosecution and defence witnesses didn’t show, or if the witnesses are present, the prosecution was not ready or the defence is not prepared, or legal aid had not been granted yet, or specialist reports had not been produced, or the accused was not there.

So, in the morning, I did not see any of the cases of women that had been listed to appear in court 6 where I was sitting. But from 2 o’clock I sat in court room 4 where Sheriff Katherine Mackie was hearing domestic abuse cases. And this is where most of the women appearing in court that day were appearing. Not as victims but as the accused. Yes, three women were brought in front of the sheriff having spent all or part of the weekend in police custody. All charged with domestic abuse.

The first woman brought out was no more than 5ft tall, seemed to be barely out of her teens. She had breached bail conditions not to approach or attempt to approach her boyfriend. He was very agreeable and had apparently invited her into his home. Who called the police to tell them she was there? Who knows? But the police went and apparently felt they had no option but to arrest her and hold her in the cells since Saturday. The court was told by her defence solicitor that she had two children aged 1 and 2 years old, both of whom were being looked after by their father. Sheriff Mackie explained to her as clearly as she could that breaching bail was serious, and that no matter what her boyfriend said or thought about it, she was the one who would be in trouble and not him if she accepted any more invitations. Trial was set for a few weeks hence.

The second woman had spent the whole weekend in custody. A grandmother in her late forties or early fifties with no previous convictions, she was accused of ‘domestic abuse’ because she had hit and shouted at her ex boyfriend in the pub. He had been drinking in her local, miles from his home area, in what may have been an attempt to wind her up.

A third woman was a young mother whose anxious husband and mother had been waiting in the court all day for her to be brought up from the cells. She also had no history of offending, and was obviously distraught and humiliated and wretched, and just sobbed throughout the short hearing. Her defence solicitor explained that there had been some sort of altercation at home, the husband and wife under stress, and that police had decided to arrest and charge her. Sheriff Mackie was again noticeably kind towards her and asked the PF whether this was a case that they might consider whether the public interest would be served by proceeding to trial. The PF said indeed that would be considered, implying that they might not proceed to prosecution.

It was a little reassuring to know that the public interest is sometimes felt to be served by not proceeding with a case rather than by prosecuting to the maximum of the law. But not reassuring enough. These cases are expensive. Not a single person except the women concerned and their children seem to have suffered from the incidents. The men were uninjured, the offences seemingly nothing more than drunken altercations, possibly fuelled by drink but equally perhaps just by stress and desperation.

As I remarked in part 1 of this blog, the Sheriff Court is an expensive building, all marble and glass and stone. The defendants seemed almost all to be poor. In the case of the women and at least one of the defendants who appeared in the domestic violence court, they seemed to be vulnerable and at risk themselves.

I remember when the police used to attend ‘domestics’ where a woman had been terrified and just remove the man down the road, warning him not to go back that night. I remember being howled down in the mainly male trades council in Edinburgh for raising the scandal of domestic violence and calling on trade unions to take a stand against it (“that’s a private matter, not a union matter!”). It seems that the penalty that women are paying now for the failure to acknowledge male violence is that justice is not only gender blind, but manages to equate a threat and actual violence by a man against a woman, with a woman shouting I’ll bloody kill you, or words to that effect. An impotent threat of violence by a woman, no matter how risible, is now prosecuted as severely as a very real threat by a man against a woman. That is bonkers. And a waste of time, of money, and not in the public interest AT ALL.

Knowing as I do that women who are victims of domestic violence are now losing their children to care because of being held responsible for exposing their children to emotional abuse I believe that in many ways, justice is as unenlightened about domestic abuse as it has always been. It’s the woman who has to pay, one way or the other.

This is going to be a big issue in our Justice for Women campaign . . . just watch and see.

Justice Watch is a mass observation style initiative which will capture women’s experiences of justice in our courts in cities and towns, and bring these out to a wider audience of women. We are also watching national and local media for news about women in the courts. At the same time we intend to alert the public to the huge financial and social costs of using the criminal justice system including children who have to come into care, the loss of homes, and cost of rehousing, the impact on employment and opportunities for rehabilitation.We will be encouraging women across Scotland to take part over the course of the year, to make sure that we can cover every court in Scotland.