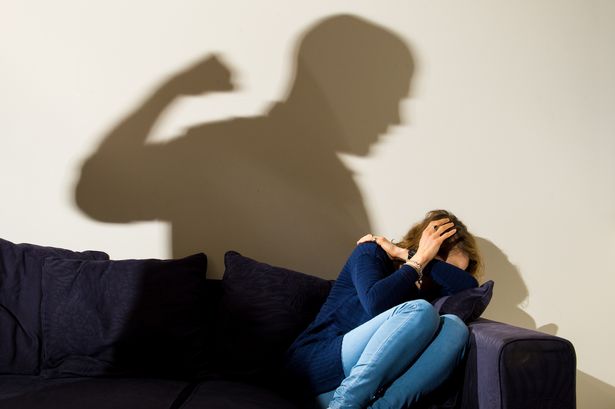 In her fourth post reporting on the Women for Independence #JusticeWatch initiative, Maggie Mellon queries waste, fines and poverty and something odd about domestic abuse cases.

Blunders, mix ups and waste of time and money

After two previous court visits without even one women actually appearing in the dock, although several had been called but were not present, or whose cases were discussed but they had not been ‘ordained’ to appear, I was beginning to wonder how many cases actually arrive at any conclusion at all.

On one occasion, I was entertained by sitting in a court room from which the Sheriff was absent. The clerk, the PF, the defence lawyers, some defendants and friends sitting in the public gallery were all there as usual but the normal solemnity of the court was completely absent. The usher joshed about with young men who were due to appear, the defence solicitors flirted with one another and the atmosphere generally was of class without the teacher.

Most memorably, the Procurator Fiscal (the prosecutor) expressed total astonishment and, it has to be recorded dismay, that there were full sets of witnesses for two separate trials due to happen in that court: clearly unexpected – the defence and the prosecution witnesses all there, two cases ready for trial. But when the Sheriff did return to the bench she had to report to him that in one case she had not got the CCTV footage, and in the other she had not got the record of a 999 call that had been made. So all the witnesses were sent away. These would have included police witnesses, as well as civilian witnesses. All expected to go away and come back again weeks hence. I could not help wondering why, if this evidence was so important, it was not in the PFs hands at the time that they took the decision to prosecute? Had the PF heard the record of the phone call when they decided they had a case to prosecute? Had they seen the CCTV footage when they decided to prosecute the other case? Had the defence got copies? I understand that the defence has to have full disclosure of all evidence in advance. In which case, could they not have produced their copies? And why in any case did the PF not make sure to have it all in hand long before a long ordained court date?

These and other similar blunders and mix ups and wastes of time and money were a big focus of discussion at an informal week 4 meeting of Edinburgh Justice Watchers (see Facebook site: https://www.facebook.com/WFIJusticeWatch). Despite going on different days, at different times and to different court rooms in the building, we had none of us actually seen a trial or even a sentence.

We decided at that meeting that it would be worth trying to get court statistics about performance to see how many cases were prosecuted to conclusion, how many fell by the wayside, how many were continued for over 6 months or even longer. More on that later when we find out about performance management in the courts. We also decided that it would be good to be a bit more proactive about speaking to people and hearing their stories, taking along leaflets and carrying ‘Justice Watch volunteer’ ID cards explaining what we are doing and asking if anyone wants to speak to us. But that is for another blog.

This week my visit to the court did allow me to witness an actual sentence. And a few other cases giving pause for thought about the nature of domestic issues and criminal justice.

The woman who was sentenced had pled guilty to a charge of theft of an item or items of a value given at £140 approximately. There had been full recovery: in other words she got caught leaving the store and the goods were recovered in full and intact. Her defence solicitor explained that she had a long standing substance abuse problem and that previous offences were all related to that. However, apart from two matters dealt with by fiscal fine and without a court case, she had not been in trouble for a number of years. He explained that at the time of the theft her prescription had been stopped and she had therefore tried to steal in order to pay for drugs. He went on to tell the sheriff that she had an 18 month old child and an 18 year old son and both were dependent on her, the baby entirely. This meant that she could not undertake a community payback order of unpaid work as she had no one to care for baby. He said that she did not enjoy good health. The family relied on benefits of £300 or so per week, which was to pay for rent, council tax, food, fuel, and all other expenses. He said that she could afford to pay a fine at £10 per week.

The sheriff considered the matter and concluded that he would fine her £300 to be repaid at £10 per week. He remarked to her that she should reflect that a fine of this level represented twice the value of the goods that she had tried to steal and that ‘it was not worth it’. I wondered how she would go about finding the £10 per week without going into debt with rent, or doing without food or whatever. This woman was fined,which will penalise the whole family including an 18 month old child, because she is a mother with children and is not free to work. So in this way, a whole family already in poverty suffers more poverty. Their domestic circumstances will get worse. If the fine is not paid, the penalty may well be imprisonment. So why are there not other non-custodial and possibly rehabilitative or restorative sentences for mothers and other people with full time caring responsibilities?

A number of other women were called. None were tried. Of the cases set for trial, three were granted bail on specific conditions of not being in contact with others who seemed to be family members. One was a child, contact with whom was to be supervised. Two others were partners. These seemed to be ‘domestics’: that is women who are being prosecuted for domestic abuse related offending. Because the definition of this has been extended to more than physical violence (‘wife beating’ as it was termed) women are being prosecuted for merely shouting threats. I remember that my mother used to say ‘I could swing for you’ when she was angry with me or a sibling, or all of us. This literally means, ‘I want to kill you so much I would risk the death penalty for doing so, so watch out or I will’. Of course she did not mean it. None of the women I have seen being dragged in front of the courts on this kind of charge look like thugs. In fact many of the men are not charged with anything more than a one off incident without any physical violence.

So what we are seeing is leading us to look ever more closely at the statistics. And these are instructive.

I understand that while there is an expansion of non-custodial sentences, there has been no corresponding reduction in adult prison numbers either on remand or on sentence. So what is happening it seems is that more people, men and women, are being dragged into the criminal justice system. And many of these are for relationship based incidents, often not violent or not causing any injury. This includes many young people, many young women. Is expanding the use of the criminal justice system the best way to ensure that everyone respects each other, learns how to deal with conflict, stress, unreasonable behaviour or demands?

Figures to think about

Here are what the figures show about the rising criminalisation for ‘domestics’ and the accelerated rate of imprisonment of women.

And here are slightly older figures on daily prison population.

• The female prison population has risen much faster than the male rate over the past decade – 66% compared to 25%.
Source: Prison statistics and population projections Scotland: 2011-12

The number of women in prison has reduced from this level to just under 400 in the early months of this year. However an unacceptably high percentage of these are women on remand who will not go on to receive a prison sentence.