You’re all missing something very important about the rape clause 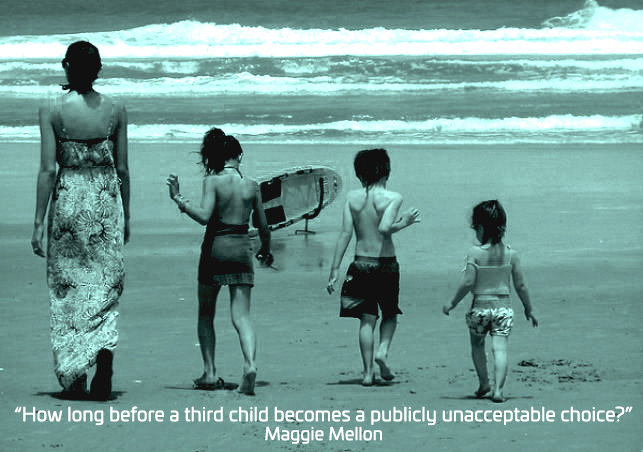 “SEE this fist? You should have been watching the other one!”

My father used to have a game where he would hold up a clenched fist and say, see this hand? Watch this,” and as we watched the hand, he would then bring the other hand up to punch us (gently) on the chin – his message being that it is not the hand being waved in your face you have to watch but the other one coming in with the knock out blow.

The likelihood of an unexpected blow was one lesson he was keen to pass on to us – or to remind himself of. It is one I often forget as I realise I have been watching the wrong fist just before being sideswiped from the other direction.

I believe that the outrage that has been generated over the rape clause may be helping the Tories to smuggle though an underlying, much more serious attack on our rights with very little comment or protest.

It seems it may now have been tacitly accepted that a third child is not acceptable for people on low incomes. How long before child benefits will be removed, and perhaps other benefits too?

The nasty little rape clause invented by the Tories was, I believe, a deliberate ruse – a false ‘red flag’ which disguised the fact that they have apparently successfully inserted into the national consciousness that to have a third child is careless and avoidable.

How long before a third child becomes a publicly unacceptable choice?

It will be women who will mostly pay the price of and be the butt of censure and satire.

Hardly anyone will need, and even fewer will want to use, the rape clause, or even the other “coercive relationship” clause. But the way that these exemptions have been the focus of protest rather than the more serious attack on women’s and children’s rights seems to have served the Tories well.

One consequence will surely be a rise in the number of abortions of children. These may be abortions of otherwise wanted children, and also be against the moral or religious beliefs of the mother.

This is not only a removal of choice solely on the grounds of income, it represents a new frontier in the regulation of private life and moral agency. Abortion is against the religious and moral beliefs of not just Roman Catholics but of many others.

Even where abortion itself is acceptable to the woman concerned, abortion of otherwise wanted children under the lash of poverty and stigma is an outrage. Believing in the right to choose means supporting women to choose not to have an abortion, and to recognise that an abortion enforced by poverty is not choice, but coercion.

We must protest against unwanted abortion as strongly as we protest threats to abortion rights.

Third children will now be considered to be a consequence of fecklessness or crime. That is the trick that the rape clause and the concentration of attention on it has accomplished.

Imagine now having a third child in a poor family. The teasing and jokes about third pregnancies and third children will inevitably feature in our daily life – “it must have been rape then”. And imagine being that third child: “Bet your mum was raped”; “Your dad must have been a rapist”.

The removal of tax credits will just be the start of the removal of all benefits in relation to third children. We must not allow ourselves to be diverted from the real threat by the cunning ploy of a probably deliberate distraction.

The campaign should be about the attack on third children, not on the prurient details of how a rape clause claim might be made and who would judge it. This allows it to be treated as a matter of getting the process right rather than exposing the bigger trick that is being pulled.

Of course we should not give the clause house room, but we also need to be sure not to allow it to subtly affect our own thinking in any way. We need to insist that it is not a crime or a carelessness or a fault to have – or indeed to be – a third, fourth or fifth child.

I believe that the message to the government should be this: stop blaming people in poverty for the failures of government, and of the global economy, and get on with the work of government. That is building a sustainable economy, creating decent work, and decent housing for everyone, and ensuring the provision of health care free at the point of need through the NHS, and of state education which fully realises the potential of all children and young people.

The government is instead being allowed to continue to blame and punish the poor for their poverty. And worse, to associate the crimes and evils of rape and coercion with the lives and relationships of women in poverty.

We are in danger of allowing an outrageous clause, one perhaps deliberately created, to distract us from the main blow that is being delivered.

See this fist? You should have been watching the other one.