Stand up for social work by joining BASW 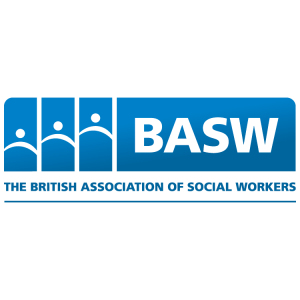 Community Care has reported less than a tenth of the profession are involved in the debate following the College of Social Work’s closure announcement. I want as many people as possible to get involved in talking about social work, we must defend and promote our profession and not expect others to do it on our behalf.

Here’s my case for why social workers should join BASW. It is not about how great BASW is, but about how great you can help make it. I had been a member of BASW for 20 or more years, but until joining the Scotland Committee in 2013, I had not been a very active member. I was a member because I believed that I should belong to the independent professional association for social workers. Like many members, I also wanted the protection of BASW’s professional indemnity and insurance.

I admit, I had some ambivalence about the reality of BASW and whether it really represented me and my understanding of social work, and of what needed changing. Was it rather cosy? Did it represent social workers more than it represented social work? Did it champion social justice and challenge government? Was it too wrapped up in professional self-interest?

I was also troubled by the agenda to set the ethics and values of the profession aside in favour of a government-led target-driven approach, so I decided to get involved in BASW’s work. It is independent. It has a code of ethics. It has an ethical work place policy for safe and good practice. It does not excuse bad social work, but it does stand up for social workers who are being persecuted or who have made mistakes – or, as is often the case, a bit of both.

Becoming a member of the Scotland committee of BASW led me to put myself forward for the role of Vice Chair of the Association in 2014, taking office at what has turned out to be a very challenging but exciting time for social work. The response of many social workers in England to the closure of the College of Social Work makes it easy to believe that my personal impetus to get involved with BASW is part of a wider awakening of social work.

We need to own our professional values, to agree our professional standards and training and development needs, and to provide support to social workers in practice across all contexts and settings. We need to engage with government, policy makers, service users, employers, academic and research interests to ensure that social work makes the best contribution it can to individual and community well-being. Importantly, we need to ensure that social workers are not so tied in with government and committed to some current ideological certainties that we abandon our values and principles.

I have been most recently involved, alongside my fellow honorary officers, in devising a plan for the future – one that would guide the work of the Association over the next few years. This had to be a plan that was capable of inspiring members and staff to work together for the best possible results for social work and social workers. At our Annual General meeting in April 2015, we completed a process of consultation with our members to agree a new vision for BASW’s future. This became our newly launched ‘2020 Vision’, which sets out our aim to be ‘The Strong Independent Voice of Social Work and Social Workers’.

This launch turned out to be fortuitous timing very well-timed, coinciding as it did with the announcement of the College’s closure. We recognise that the withdrawal of government support has been a major blow to College members but this has also served to underline the importance of BASW’s financial independence and managing our expenditure on the basis of income from membership and services, not other sources of funding.

The 2020 Vision sets out the direction that BASW has set itself and it is a big challenge. We know the College closure and the Westminster Government’s attempts to undermine social work standards and education mean that this is a precarious time for social work as a whole.

We pinned our colours to the mast by joining the social work bloc at June’s People’s Assembly marches against austerity. We have also been active in initiating an alliance including SWAN, JUCSWEC and UNISON, and hope that former members of the College will join this defence of social work and social workers.

The College closure has had one very positive outcome, the formation of the Social Work Assembly by former College members in response. The online discussions and challenges that have ensued have included established social workers as well as newly qualified and student social workers. This coming together demonstrates there is lots of life out there and a strong will to reclaim ownership of social work from government and its quangos and back to service users and social workers.

The question is where does that energy go? Into setting up more organisations? Or into BASW, which is open to all social workers and is solvent, independent, open to new ideas, and ready to be the strong independent voice of social work and social workers? It can be as good as you make it.

Like me, you may not like some things about BASW. It is only as good as we can make it. But what a fantastic ready-made vehicle we are for the energy and engagement that is so clearly out there. In our day-to-day work, we know it is human relationships that are essential, and building relationships with your fellow social workers is what will safeguard the profession. There is strength in numbers; join us.

In the words of the famous gospel song, “Come along my friend come along, Come along and ride this train, Nothing on this train to lose, Everything to gain”.

Let me know your thoughts as always.