Maggie Mellon: Why Scottish Women’s Aid should change course on its prisons position 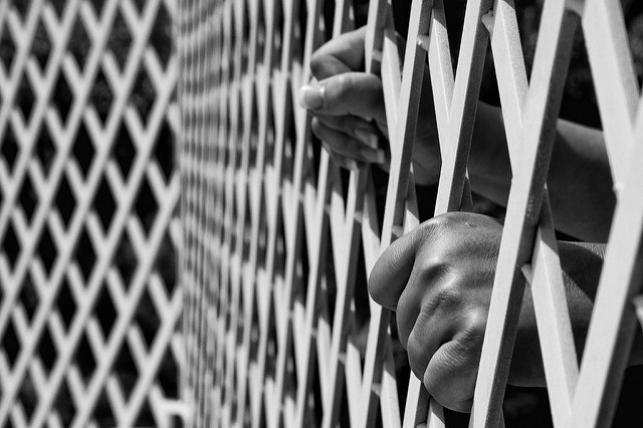 SCOTLAND may be poised to take a big step away from having one of the highest rates of imprisonment in Europe.

Eighty-four per cent of respondents in a recent government consultation favoured a presumption against short prison sentences – which basically means encouraging the courts not to hand down short jail terms – being extended from the current three months to 12 months. This would have a big impact on prison numbers – among the highest in Europe – and release funds for alternative sentences and services that work.

Offenders are mainly poor, badly educated, and suffering from all sorts of health and social problems. Women for Independence’s (WFI) Justice for Women Campaign was part of the 84 per cent in favour and had in addition called for remand to be banned for any offence for which there was no reasonable prospect of a prison sentence.

I believe that Scottish Women’s Aid should abandon its demand for the retention of the presumption for short prison sentences for cases of domestic abuse.

However, Scottish Women’s Aid’s (SWA) response was not part of the 84 per cent and made a strong call for an exception to the presumption against short prison sentences in respect of offending associated with domestic abuse. This has caused some debate within WFI.

I believe that the SWA approach is mistaken, and that there are very strong reasons why SWA should abandon its demand for the retention of the presumption for short prison sentences for cases of domestic abuse.

This is not a case against prison for violent offences. Nor does imposing a presumption against short prison sentences mean that they can never be handed down.

People who serve short prison sentences are more likely to reoffend on release than those who serve other sentences. This means more, not less, abuse for victims. People on short prison sentences are not eligible for the programmes and group work which are aimed at tackling the reasons for offending: anger management; cognitive behaviour therapy; drug and alcohol addiction; relationship counselling etc.

Therefore, the sentence is wasted time in the sense of rehabilitation or treatment, and usually instead strengthens offender identity.

Prison sentences and remand bring together men who abuse women and children. Men sent to prison meet other men who have committed offences within intimate relationships. Together, they tend to reinforce each other’s rationalisations for their behaviour and their feelings of injustice.

Rationalisations can be: the child or woman asked for it, the women and/or children were lying, the courts are biased; or that they are mad, not bad, and can’t control themselves; ‘a moment of madness’ occurred under pressure.

Some will explain that they were abused as children, their fathers were violent or abusive, or their mothers were cruel or ‘slags’, and so they cant help themselves. In prison on short sentences, these rationalisations are reinforced, not challenged.

Men who are violent and controlling towards women are often passive and unchallenging to other men, so they don’t get into conflict in prison, and are often seen by the prison officers as harmless.

‘Escape’ is, in most cases, not realistic as it means losing family, friends, neighbours and community. It also puts the responsibility on the woman to change her life and not on the man.

That is often the case for men even on longer sentences, too, but they may be offered the opportunity take part in programmes which challenge and not reinforce their ideas.

The SWA argument for retaining short prison sentence for domestic abuse is not that it will improve the men but that it is a necessary expression of society’s attitude to domestic abuse, and a short respite for women victims, and that even a short sentence can present the opportunity for women to escape, i.e. to move house, area, school, job etc.

‘Escape’ is, in most cases, not realistic as it means losing family, friends, neighbours and community. It also puts the responsibility on the woman to change her life and not on the man.

‘Respite’ from violence can also have the effect of increasing the wish to believe the offender’s remorse. Often, a prison sentence will mean a loss of income for the woman and dependence on benefits, and of debt and even sanctions.

Additionally, even if one woman victim escapes, at whatever cost to herself and her children, the man will emerge from prison still posing a risk, probably even a greater risk.

He can and will find another victim, so short prison sentences probably create more victims, not fewer.

Can men who abuse others change?

‘Desistance’ studies of why people stop offending have (among other things) recognised the need for a ‘good person’ identity (‘I have done bad things but I am not a bad person, I can be a better person and not do those things again’) rather than trying to impose or to reinforce a ‘bad person’ identity (‘I am a bad person and can never change, I can’t control my badness and have no right to a happy family or intimate life’).

This is very relevant to people who have perpetrated crimes against other human beings, particularly intimate partners or children. It does not mean letting them off the hook, rather it insists on accountability for harm caused, but allows for hope and redemption.

In the case of violent repeat offenders, lack of accountability and continued risk may mean that they can never be released, or only be released subject to heavy supervision and monitoring.

The extension of the definition and understanding of domestic abuse to include threat, coercion and control and the demand for prosecution of all such offences and offenders has had the perverse consequence of drawing many more women into the criminal justice system.

Source: domestic abuse recorded by the police in Scotland, 2014-15

A recent paper for Police Scotland estimated that under the broader definition that is now being used, women were responsible for 40 per cent of all cases of ‘domestic abuse’. This is the direct result of a zero tolerance ‘gender blind’ approach and shines a light on the direction we are heading.

A Justice Watch morning in court provides ample evidence. Women appear in the dock for trivial domestic abuse=related offences – where the ‘I will kill you’ threat of a seven-stone woman is treated as seriously as if she were a 16 stone, 6ft man. Women are arrested and handcuffed in front of their children for such trivial reasons. We need to acknowledge and act on the understanding that the criminal justice system from police to prosecutors, from court to prison is often misogynist – it is in itself a form of violence and abuse of women and children.

We need complete reform, not more of the same revolving door of prison, re-offending, arrest, prison – not least because its an expensive way to fail to change anything.

There are therefore strong reasons for SWA to abandon its demand for short prison sentences and support the demand for progressive change which should include:

– Firstly prevention: early intervention freely available for self-referral by women or men whose private relationships are characterised by violence, abuse, coercion and threat.

– Secondly, offer diversion from, or suspension of prosecution for first and minor offences for those willing to undertake remedial therapy and work.

– Use evidence-based progammes, counselling, supervision, mentoring as part of prison and community sentences.

– Increase services for victims (rather than wasted money on courts and short prison sentences).